Hello, this is Daniel Iovanescu with the BBC news. Tens of thousands of people in London and other cities in the UK are staging anti-racism rallies, the latest in a series of demonstrations worldwide sparked by the police killing of George Floyd in the United States. Parliament Square in London has filled with protesters supporting the Black Lives Matter movement. Our reporter Chi Chi Izundu is at the demonstration. When we first got here, there were about 200 to 300 people and now it's in the thousands. So the ability for people to maintain a 2-meter distance is virtually impossible. But what we keep hearing again and again, the message is loud and clear, yes, coronavirus is dangerous; yes, people are aware about the risk to their health, but they feel that the message about racism against black people is far more pressing, far more vital to get across. In the US capitol Washington, officials are preparing for the city's biggest demonstration, yet. Towns across the US are bracing themselves for a 12th day of protests. Earlier, major rallies also took place across Australia, with the focus there on the treatment of indigenous Australians. 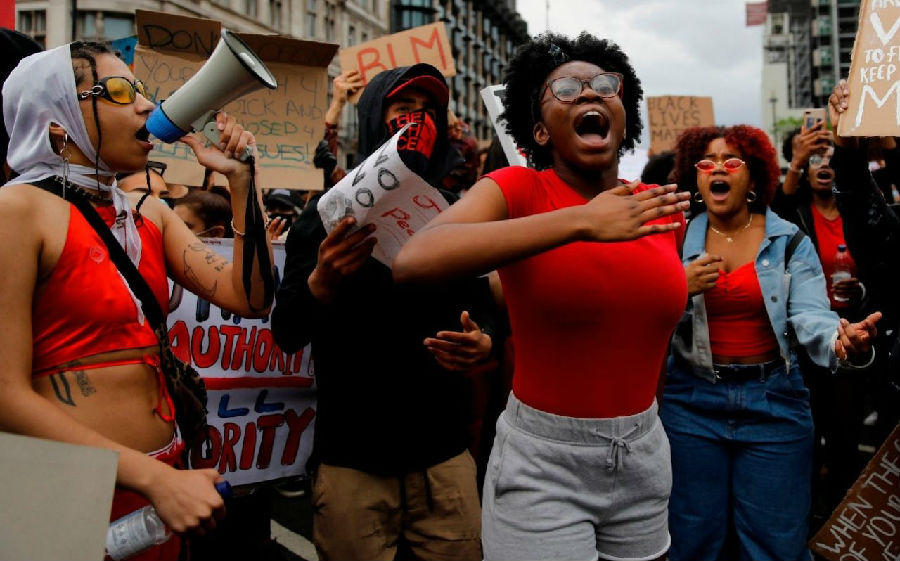 President Abdel Fattah el-Sisi of Egypt has launched an initiative aimed at ending the fighting in neighboring Libya. It would involve a ceasefire and fresh negotiations between the warring parties. Here's our Middle East analyst Alan Johnston. President Sisi unveiled his peace proposals in Cairo, alongside him was his ally in Libya, the warlord general Khalifa Haftar. Despite receiving substantial military support from Egypt, Russia, the UAE and others, General Haftar has suffered a recent string of defeats at the hands of Libya's UN backed government. With help from Turkey, it's driven the general's forces out of western Libya, capturing his last stronghold there on Friday.

It's been reported that the oil exporters group OPEC has agreed to extend production cuts for a month. A deal between the group and other oil producers, including Russia had envisaged scaling back the cuts at the end of June. They were introduced to address the impact of the coronavirus pandemic. Andrew Walker reports. An agreement in April among some of the world's leading oil exporters to reduce supply has been central to the recovery in prices in the last few weeks. The pandemic had hit demand so hard that some prices went below zero. The earlier agreement envisage allowing the countries involved to start increasing production again at the end of June. They have been discussing whether to delay that by a month and it's being reported that the countries who are members of the OPEC group have agreed. The proposals are now being discussed by the wider group. The largest of the producers not in OPEC, Russia had already agreed in principle to the extension of the supply curbs. You're listening to the world news from the BBC.